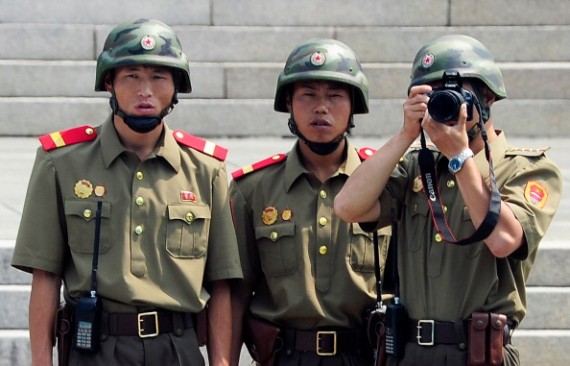 South Korea ordered the evacuation of residents from an area of its western border after an exchange of fire with North Korea on Thursday, according to BBC News.

The back and forth across the border between North Korea and South Korea is reaching dangerous grounds as Kim Jong Un, the supreme commander of the North Korean military, has warned that further action will be taken if South Korea doesn’t turn off the propaganda loudspeakers by Saturday evening, according to CNN.

“The situation of the country is now inching closer to the brink of war,” Ji Jae Ryong, North Korean ambassador to China, told journalists in Beijing on Friday.

“North Korea’s offensive action is a despicable crime that breaks a ceasefire agreement and the nonaggression treaty between North and South,” Han said on South Korean television.

“If North Korea continues on provoking, our military — as we have already warned — will respond sternly, and end the evil provocations of North Korea.”

North Korea reportedly fired a projectile towards Yeoncheon, a town north-west of Seoul, according to the defense ministry. Reports have suggested that the target could have been a loudspeaker broadcasting anti-Pyongyang messages.

A local official reportedly told AP news agency that about 80 residents in Yeoncheon had been evacuated, with other residents around the area being urged to take shelter.

Despite the recent evacuation, Jamie Metzel, an Asia expert for the Atlantic Council in New York, said he thought it was unlikely that the conflict between North and South Korea would escalate further.

“North Korea has more to gain from conflict theater than from a conflict that would quickly expose its fundamental weakness,” stated Metzl.

“[Leaders in Pyongyang might be trying to] make trouble because they feel ignored by the international community and feel they have something to gain negotiating their way out of a mini-crisis.”