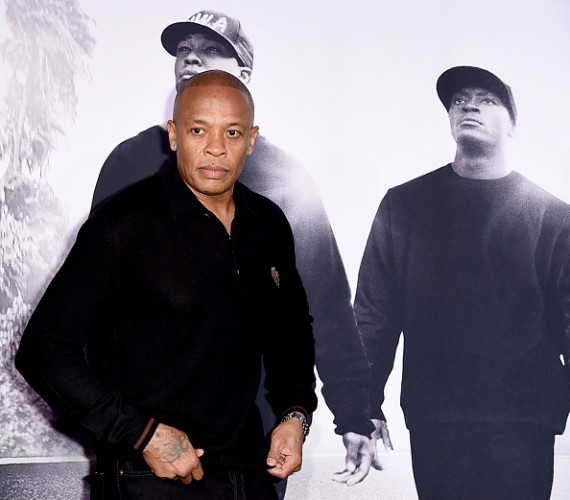 The film “Straight Outta Compton,” which was co-produced by Dr. Dre, has been criticized for ignoring the rapper’s history of physically abusing women in the midst of topping the box office last week with a $56.1 million opening, according to the NY Times.

After music journalist Dee Barnes wrote about being assaulted by the rapper in 1991 and her disappointment that it was not mentioned in “Straight Outta Compton” shortly following the film’s release, Dr. Dre released a statement to the Times, apologizing for his past, according to NBC News.

“Twenty-five years ago I was a young man drinking too much and in over my head with no real structure in my life. However, none of this is an excuse for what I did. I’ve been married for 19 years and every day I’m working to be a better man for my family, seeking guidance along the way. I’m doing everything I can so I never resemble that man again,” the statement read.

“I apologize to the women I’ve hurt. I deeply regret what I did and know that it has forever impacted all of our lives.”

Apple, which bought Dr. Dre’s Beats Electronics for $3 billion last year and made him an executive, spoke on the 50-year-old music mogul’s recent statement.

"Dre has apologized for the mistakes he's made in the past and he's said that he's not the same person that he was 25 years ago," Apple said in a statement.

"After working with him for a year and a half, we have every reason to believe that he has changed."

The women who have come forth with the allegations against Dr. Dre reportedly include Dee Barnes; Michel’le, an R&B singer and Dr. Dre’s former girlfriend; and Tairrie B, a onetime labelmate.

“I’ve been talking about my abuse for many, many years, but it has not gotten any ears until now,” explained Michel’le, who was involved with Dr. Dre from the late-80s until the mid-‘90s.

“Opening up and finding out there were other women like me gave me the power to speak up.”