Why Are Cats More Independent Than Dogs? 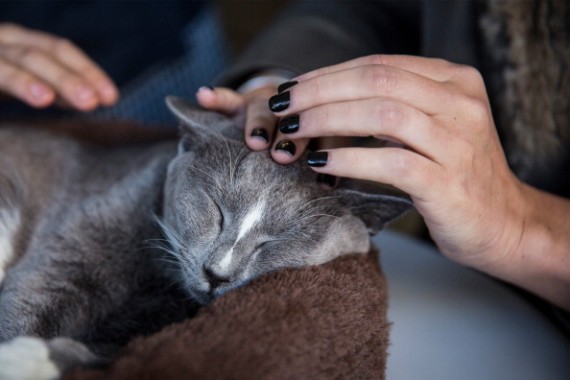 For cat owners wondering why their cats don’t come to them when called, rest assured, it’s not because they don’t love you.

A new study suggests that cats do not become dependent on humans the way that dogs do, according to NBC News.

Cats reportedly don’t look to their owners for safety or security, but rather for food.

"Animal-human relationships may be built on different priorities--for dogs clearly safety and security are important, but this is not the case in cats," Dr. Daniel Mills, professor of veterinary behavioral medicine at the University of Lincoln in England and lead author of the study, told The Huffington Post in an email.

“It seems cats are much more resource focused... I’m sure you know someone whose cat moved in with their neighbor who started to feed it (rather than offered it shelter and protection)."

The recent results were reportedly based on a test called “Strange Situation,” in which researchers put a mother and a baby in one room together and then asked the mother to leave as a stranger walked in to play. Psychologist Mary Ainsworth reportedly found that the babies would play joyfully while their mother was around, act fearful or distressed with the caregivers left, and then act happy when their mother figure returned.

Those babies were reportedly seen as being “securely attached” because they saw their moms as a “safe base.”

Similar to this “strange situation” test, researchers reportedly placed 20 cats in an unfamiliar room and observed how they responded when they were left alone in the room with a stranger, their owner, and by themselves.

Although the cats meowed a bit when their owners left and they were left with a stranger, there was reportedly no evidence suggesting that cats were strongly attached to their owners.

"This vocalization might simply be a sign of frustration or learned response, since no other signs of attachment were reliably seen," Mills said in a written statement.

“In strange situations, attached individuals seek to stay close to their carer, show signs of distress when they are separated and demonstrate pleasure when their attachment figure returns, but these trends weren’t apparent during our research."