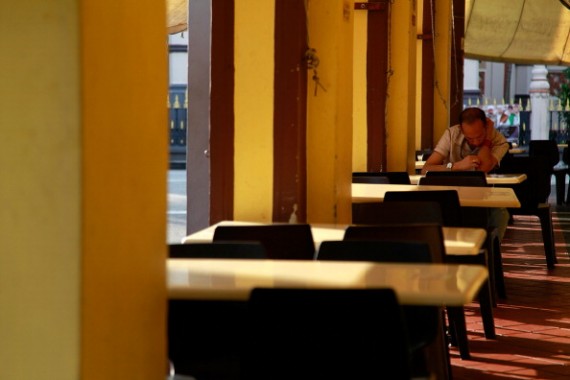 For those who thought cat cafes were weird, there’s another quirky eatery that recently opened up in Japan.

A cafe called Ore no Yome, which translates to “My Wife” in Japanese, launched in the Higashi Ikebukuro neighborhood of Tokyo, providing the service of hiring a fake wife to serve people dinner, according to the U.K. publication Metro.

“As soon as you know what time you’ll be home, let me know dear! i’ll get your dinner ready,” the advertisement for the cafe reads, according to Food World News.

The advertisement reads true, as customers are reportedly required to call the cafe beforehand to give their name and time of arrival. When the customer arrives, they are reportedly greeted by their fake wife, who is usually only wearing a bikini and a kitchen apron.

Throughout the night, the wife will reportedly call the customer by their name and play the role of “wife” while serving their meal.

On the cafe’s website, customers can peruse through information about each waitress before they come in to eat. It’s almost as if the customer would know basic information that a husband would know — the woman’s birthday, measurements, favorite foods and, strangely enough, what kind of bed they prefer to sleep in.

There’s also a selection of topless male waiters, or “husbands,” that are available as well. The men are reportedly required to wear cycling shorts while serving food to the ladies.

Will this kind of cafe pop up anywhere else in the world? We’ll have to wait and see.