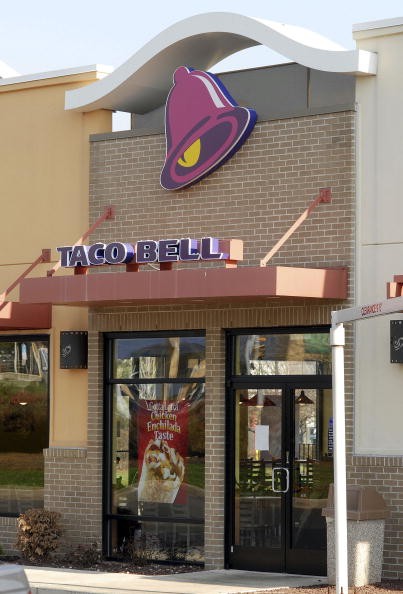 Taco Bell is changing up the fast food game very quickly and quite drastically.

The fast food chain announced this week that it will be "redefining fast food experience" by debuting alcohol onto their menus so Taco Bell lovers can eat their Chalupas with their choice of beer or wine, according to NPR.

Liquor will start being sold on September 22 at Taco Bell's new location in Chicago, according to USA Today.

"Taco Bell Cantina restaurants will be the first and only Taco Bell restaurants to serve alcohol to customers who are of legal drinking age. The San Francisco restaurant will serve beer and wine only, while Wicker Park will serve, beer, wine, sangria and twisted Freezes," the company said in a statement.

"Cantina restaurants will also feature a new tapas-style menu of sharable appetizers — including nachos and rolled tacos — during designated hours each evening, in addition to the standard Taco Bell Menu."

The new cantina restaurants reportedly won't have drive-throughs and will have open kitchens, according to a press release. The new locations will also reportedly feature digital menu boards, television monitors and an option for people to buy their food via a mobile app.

Taco Bell is going simply from a place to pick up food to a hang out location. The company is truly adapting to the changes of our world.

"To put in a drive-thru you need land," Neil Borkan, the Taco Bell franchisee who will operate the Chicago test location, told USA TODAY.

"Can you imagine buying an acre of land in a neighborhood like [Chicago's] Wicker Park? You couldn't afford it. As real estate becomes more and more expensive, this kind of concept makes more sense."