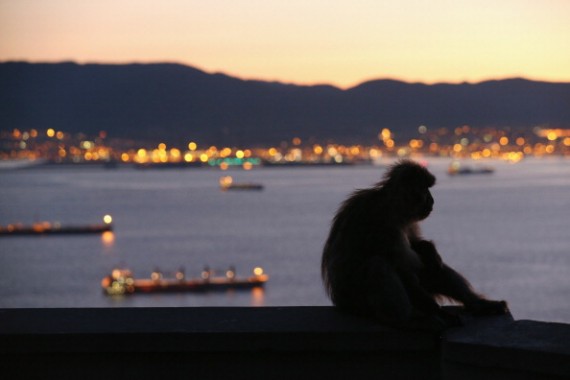 6-year-old Naruto is the macaque monkey that took a famous selfie of himself back in 2011, according to The Huffington Post.

The rather adorable photo has become the center of a lawsuit that was reportedly filed in federal court in San Francisco by People for the Ethical Treatment of Animals.

PETA wants Naruto to win the copyright of the selfie that he took with photographer David J. Slater’s unattended camera, according to CNN. Although the photos were taken in Indonesia, PETA reportedly stated that a U.S. federal court in California has jurisdiction because the publisher of Slater’s book “Wildlife Personalities” is based in the state.

“While the claim of authorship by species other than homo sapiens may be novel, 'authorship; under the Copyright Act, 17 U.S.C. § 101 et seq., is sufficiently broad so as to permit the protections of the law to extend to any original work, including those created by Naruto," PETA said in the suit filed in U.S. District Court in San Francisco.

PETA has filed a 'selfie' copyright lawsuit on behalf of a monkey named Naruto http://t.co/oGOvEoKChC pic.twitter.com/rmqoxy9F2d

Although the U.S. Copyright Office reportedly issued a policy that it would only register copyrights for works produced by human beings, a lawyer for PETA, Jeffrey Kerr, claimed that the copyright office policy “is only an opinion.”

“The act grants copyright to authors of original works, with no limit on species," Kerr said.

“Copyright law is clear: It's not the person who owns the camera, it's the being who took the photograph."

Slater recently expressed his opinion on the lawsuit.

“I am obviously bemused at PETA's stunt but also angry as well as sad," Slater wrote on Facebook.

“This makes animal welfare charities look bad which saddens me, deflecting away from the animals and onto stunts like this."