Will Chris Brown’s ‘One Hell Of A Nite’ Tour Get Canceled If Visa Is Denied? 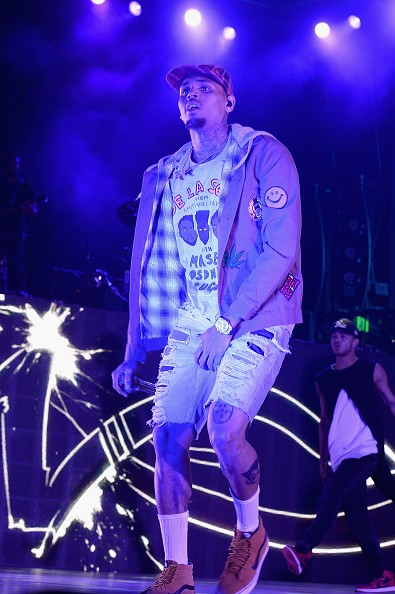 Chris Brown is scheduled to go on his “One Hell of a Nite” tour in Australia in December, according to BBC News.

While tickets are reportedly due to go on sale on Monday, immigration minister Peter Dutton stated that the government intended to deny the singer a visa, according to The Guardian.

“I can confirm that a notice of intention to consider refusal has been issued,” a statement released by Dutton read.

“People to whom these notices are issued have 28 days to present material as to why they should be given a visa to enter Australia. Decisions on whether a visa will or will not be issued are made after that timeframe and consideration of the material presented to the Department of Immigration and Border Protection.”

Chris Brown reportedly pleaded guilty to assaulting his ex-girlfriend Rihanna back in 2009 and has toured Australia twice since; however, the government is reportedly under pressure to refuse him this time.

“People need to understand, if you are going to commit domestic violence and you want to travel around the world, there are going to be countries that say to you, 'You cannot come in because you are not of the character that we expect in Australia'", Minister for Women Michaelia Cash stated.

The U.K. as well as the government of New Zealand reportedly denied Brown a visa recently. Despite the recent statement released by Dutton, the singer’s Australian tour representatives, Castor and Ford tours, reportedly remained hopeful that the event would go on.

“Contrary to media reports, Chris Brown’s request to enter Australia on tour has not been denied. This request is currently being considered by the office of the immigration minister,” a spokeswoman said.

“We respect their right to review this request and have faith that a decision will be made with the full consideration of his continued personal growth, ongoing philanthropic endeavors and desire to perform for his fans.”