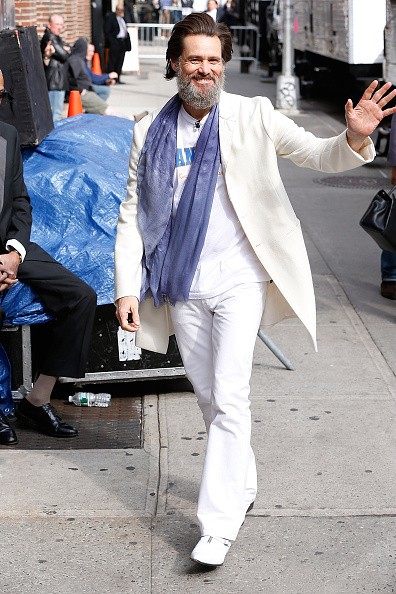 Jim Carrey’s ex-girlfriend, Irish-born Cathriona White, was found dead in her Los Angeles apartment on September 28, according to USA Today.

White’s husband, Mark Burton, from whom she was reportedly separated five months before her death, has been identified as the make-up artist’s next-of-kin, according to Assistant Chief Coroner Ed Winter.

Burton is reportedly a cameraman in Los Angeles. The two met while working together on a project, according to the Daily Mail.

White’s body will reportedly be released to Burton. The artist’s stepmother and sister are reportedly currently in Los Angeles helping Burton transport her body back to Ireland for burial.

"I am shocked and deeply saddened by the passing of my sweet Cathriona,” Jim Carrey said in a statement issued to USA Today.

“She was a truly kind and delicate Irish flower, too sensitive for this soil, to whom loving and being loved was all that sparkled. My heart goes out to her family and friends and to everyone who loved and cared about her. We have all been hit with a lightning bolt."

A drug overdose was suspected while the death was reported to authorities as a suicide, according to The Guardian. A final determination has reportedly yet to be made.

Four days before her death, White had reportedly tweeted a message to her followers indicating she would no longer be using her social media account.

“Signing off on Twitter, I hope I have been a light to my nearest and dearest.”