Ashley Judd Reveals She Was Sexually Harassed By One Of Hollywood’s ‘Most Famous, Admired-Slash-Reviled Bosses’ 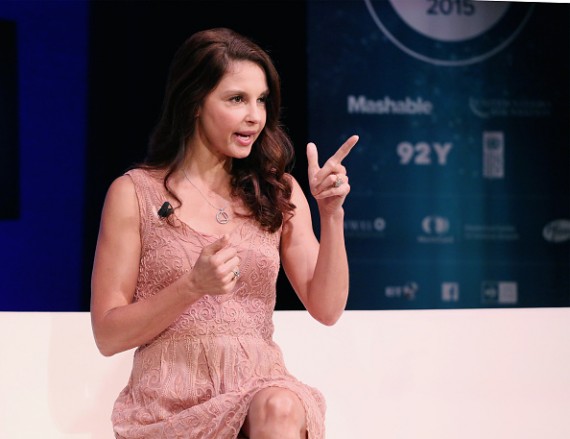 Ashley Judd has been an advocate for women’s rights, opening up about her experiences of sexual assault in a Mic.com essay in March, according to the NY Daily News.

During a recent interview with Variety, the actress brought up the issue of sexual abuse once again, revealing that she was sexually harassed by one of Hollywood’s “most famous, admired-slash-reviled bosses,” according to The Huffington Post.

“He was very stealth and expert about it. He groomed me, which is a technical term --  'Oh, come meet at the hotel for something to eat.' Fine, I show up. 'Oh, he’s actually in his room.' I’m like, 'Are you kidding me? I just worked all night. I’m just going to order cereal.' It went on in these stages,” explained Judd.

The man then reportedly asked her to watch him take a shower, to which she responded, “When I win an Academy Award in one of your movies.”

When the Emmy nominated actress saw her alleged aggressor again at the premiere of her 1999 film “Double Jeopardy,” she had gotten “ready to say something out loud across the crowded table to him.”

“He looked at me and tried to shut it down. I was no longer that naïve ingénue who couldn't identify what was happening as it was happening," she said.

“I was getting ready to nail him on it, and he said, 'I think I'll let you out of that deal we made.' He knew I would come into my power."

The 47-year-old explained that the issue of sexual abuse isn’t going to solve itself.

“Healing comes in a lot of different ways. Some things require intensive, contained work. Some things could be resolved with a good run or punching bag or an interaction with the perpetrator, in which one is able to take one’s power back.”