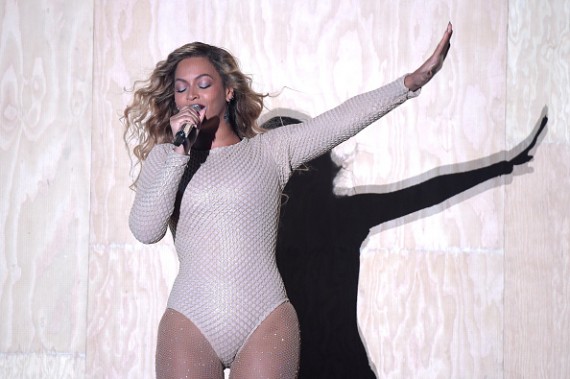 Beyonce is shutting things down.

The complaint filed on Tuesday said that ElevenParis has ignored the singers’ warnings to stop sales, including in a store in Manhattan’s SoHo district and on its website, according to Reuters.

The artists’ complaint is reportedly centered on the use of their names and images on t-shirts, tank tops, sweatshirts, hats, backpacks and cell phone cases. The lawsuit reportedly asserts 58 claims including violation of publicity rights, trademark infringement and unfair competition over ElevenParis products.

The complaint reportedly claims that ElevenParis’ actions “have caused and are causing immediate irreparable harm" to the plaintiffs.

Beyonce’s reported “secret deal” with ElevenParis, which she made this past January, was also addressed in the complaint.

Although the terms aren’t laid out, ElevenParis is alleged to have “breached the terms and conditions” by selling unlicensed merchandise.

ElevenParis released a statement on Wednesday, reportedly stating that negotiations had been under way with the listed celebrities for nearly a year and were continuing.

“ElevenParis is determined to find a fair and balanced agreement with them and their advisers,” the statement read.