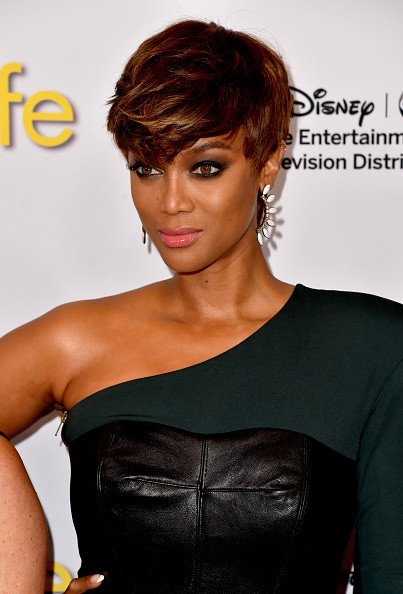 Tyra Banks has hosted and executive produced “America’s Next Top Model” since it premiered back in May 2003 on UPN, according to Variety.

The supermodel broke the news that “ANTM” will be ending its run after 12 years and 22 seasons, according to The Huffington Post.

“Thinking #ANTM22 should be our last cycle,” Banks wrote on Twitter.

“I truly believe it’s time. May your pics be forever fierce. Keep on Smizing!”

“ANTM” was reportedly one of UPN’s top-rated programs, and was the first program to air on the CW following the merger of UPN and the CW. The current cycle reportedly aired for a couple months this summer on Wednesday before moving to its Friday slot two weeks ago.

“Our diehard fans know we've expanded the definition of beauty, presented what Flawsome is, tooched and booched and boom boom boomed, shown the world how to show their neck, rocked couture/catalogue/commercial poses, have found our (and your) light, strutted countless runways, gone on tons of go-sees, added guys to the girls mix, and have traveled around the globe and back again,” wrote Banks on her Instagram.

“Yeah, it's time. It really is. Wow, I am SO proud of what Top Model has done. #ANTM brought the intimidating modeling world to the masses. We were the first reality show based in the fashion world. I never thought my little idea would have people everywhere thinking differently about how they take photos.”

The series finale will be a special one, as it will reportedly air on Banks’ birthday — December 4.

Banks has other projects in the works following the end of “ANTM.” Last month, she reportedly launched a new lifestyle syndicated talk show “FabLife.” She is also reportedly attached to “Life Size 2,” the sequel to the 2000 movie Banks had starred in with Lindsay Lohan.

“‘America’s Next Top Model’ was a successful franchise for two networks, first at UPN and then The CW, and it became not just a ratings hit, but a global pop culture phenomenon,” said CW president Mark Pedowitz.

“I want to thank Tyra and Ken for all their years of success in establishing a show that was not just popular in the U.S., but all across the world.”