Australia’s Feral Cats Have Become Threat To Native Wildlife, According To Government 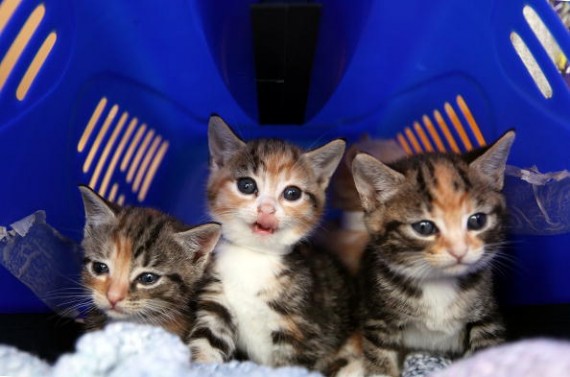 The Australian government announced plans to kill 2 million feral cats by 2020, according to The Washington Post.

As the announcement has been the cause of major backlash from animal rights activists, the Australian government has written open letters to explain the decision.

“Our wildlife has endured one of the highest extinction rates in the world,” Australia’s threatened species commissioner Gregory Andrews wrote earlier this week.

“Much of this species loss is due to very high levels of predation by feral cats, which are an invasive species on this continent.”

“Australia has drawn a line in the sand on the loss of native wildlife. The Australian public and conservation community supports our approach; we cannot tolerate the damage feral cats are doing to our wildlife anymore. Feral cats must be controlled to protect Australia’s unique native wildlife and our ecology.”

Feral cats survive by eating small animals, according to Buzzfeed News. In order to survive in the wild, feral cats reportedly end up eating mammals, bird and reptiles to get their source of protein.

Earlier this year, researchers reportedly found the remains of 157 types of reptiles, 123 birds, 58 marsupials, 27 rodents, 21 frogs and nine exotic mammals in the stomaches and fecal matter of feral cats, according to ABC News.

“We are home to more than 500,000 species, most of which are found nowhere else in the world. Our animals and plants define us as a nation, so when we lose them, we lost a part of who we are as a country," Andrews wrote.

Animal rights group PETA, model Brigitte Bardot and singer Morrissey are just a few that have shown opposition towards the program.

“We all know that the idiots rule the earth, but this is taking idiocy just too far,” Morrissey said in a statement in September.

“The cats, who keep the rodent population under control, will be killed in a ferocious manner, using Compound 10/80, which is a gut-wrenching poison of the most unimaginable and lengthy horror.”

Bardot also wrote an open letter, stating that Australia would have the “blood of millions of innocent animals” on its hands.

“This animal genocide is inhumane and ridiculous. In addition to being cruel, killing these cats is absolutely useless since the rest of them will keep breeding,” she said.