Do You Have An ‘Open’ Personality? If So, You May Be Musically Gifted 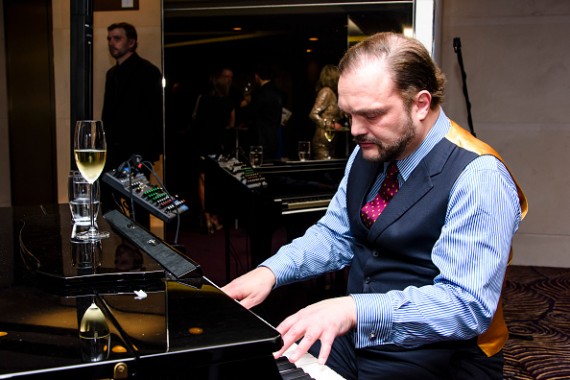 Even if you’ve never picked up an instrument in your life, your personality may suggest that you’re destined to be a part of the world of music.

A new study from the University of Cambridge suggests that if a person scores high on personality measures related to openness to experience, they may be musically talented, according to the publication Mic.

“We had expected to see that openness predicted musical ability for those who played a musical instrument, but we were pleasantly surprised to see that openness also predicted musical ability for those who had no musical experience at all," David Greenberg, a Ph.D. candidate in psychology at the University of Cambridge and lead author of a paper about the research, told The Huffington Post in an email.

For the study, more than 7,800 men and women, including musicians and non-musicans, reportedly completed questionnaires that evaluated their levels of extraversion, neuroticism, agreeableness, conscientiousness and openness to experience — the “Big Five” personality traits.

After analyzing the data, researchers reportedly noticed that openness had the strongest link to musical ability. Even when demographic variables and music experience were taken into consideration, openness still reportedly presented a strong link.

People with high levels of openness were reportedly better at memorizing melodies, judging rhythm and had higher levels of musical sophistication.

“That for us was really intriguing, because people could be walking around and have potential for musical talent and not even realize it," Greenberg said.

Findings from the study opens the door for further research in music education.

“If you can map a person's personality at a young age that can allow you to help guide them towards what activities or musical activities they might want to pursue," he said.

“If a child is 8 years old with a high level of openness to experience, you can give that special attention."