‘We Love Raven,’ Says ABC In Response To Petition Asking To Remove 'The View' Co-Host 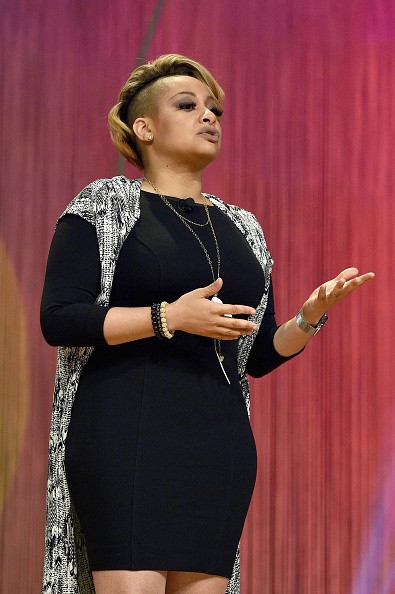 A Change.org petition titled “Petition to Remove Raven Symone from ‘The View’” was started recently, calling on Barbara Walters to have the actress removed from the talk show, according to Billboard.

ABC released a statement in response to the petition.

“She is confident, genuine and opinionated, all qualities that make her a great addition to the panel."

“Raven Symone has been spouting her ignorant and self hating spiel on the view for Long enough, from stating that she wouldn't hire somebody for having a ghetto name, to openly complaining about reverse racism, the final straw was her comment about the recent viral video of the school police officer assaulting the student, where Raven Symone said "get off your phone in school then. African Americans and black people around the diaspora need a voice representative of their views and not a voice representative of what white people want us to say,” the letter reportedly reads.

“We need strong black rolemodels in prominent positions on television an Raven Symone cannot provide that. That is why I ask that we petition to remove her from The View."

When the former Disney star was interviewed as she started to co-host on “The View,” she had admitted that she may say things not everyone agrees with.

"I definitely have a different lifestyle than a lot of people in this world—good and bad—and my views are different than one might think my views might be because I've never really spoken my truth until recently," she explained.

“Hopefully I can shed some light on what I like to call the truth. Some people might not agree with me and some people will but we know how to talk to each other in a respectful way so that everybody gets their point across and there's no cutthroat conversation."