Season 6 Of RHOBH To Feature Many Cameos: Will Brandi Glanville Be Returning? [TRAILER] 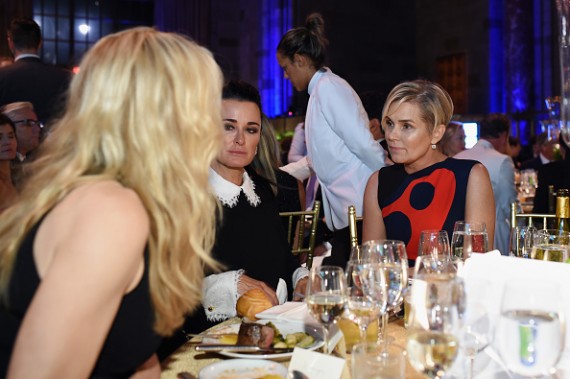 The trailer for season 6 of “The Real Housewives of Beverly Hills” has arrived.

The new season looks quite dramatic, especially with the arrival of two new cast members, singer Erika Girardi and former NFL star Donnie Edwards’ wife Kathryn, who is close with Lisa Rinna, according to People.

Lisa Vanderpump, Kyle Richards, Yolanda Foster, Lisa Rinna and Eileen Davidson are all reportedly returning to the new season of the reality series. It seems that season 6 of RHOBH will be featuring cameos, bringing back people from past seasons of the series.

One housewife from a different “Real Housewives” cast, Bethenny Frankel, will be making a cameo as well, according to E! News.

"Bethenny filmed a cameo this summer, when several RHOBH cast members were in the Hamptons. Bethenny has a home there. She and Kyle Richards are old friends so it made sense for them to see each other," a source told the entertainment website.

The cast reportedly filmed in the Hamptons for several days, which is when Bethenny, who is part of “The Real Housewives of New York,” was able to have dinner with Richards and the rest of the cast members.

“She was very direct with everyone. She wasn't afraid to speak her mind."

Kim Richards, who left the reality show to focus on her health after she was reportedly arrested for public intoxication in April, may also make an appearance.