Jennifer Lawrence To Make Directing Debut? ‘Hunger Games’ Actress ‘Can Do Really Whatever She Wants’ 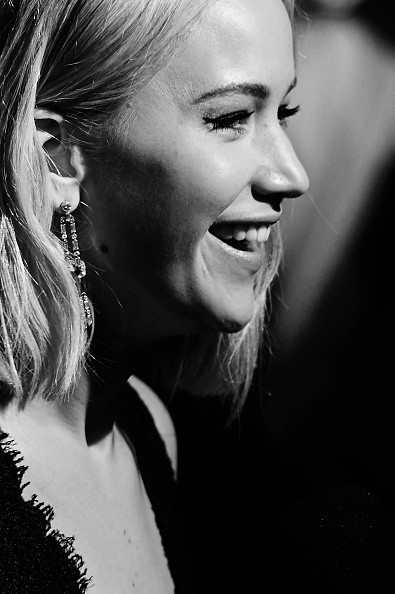 Jennifer Lawrence is ever-so-successful, with Forbes naming her the highest paid actress in Hollywood as she earned $52 million in 2014 alone, according to the NY Daily News.

Along with “The Hunger Games” franchise under her belt and her upcoming movie “Joy,” Lawrence is planning on exploring a different part of the film industry.

“I want to direct," Lawrence said, according to People.

“But I would rather just do it than talk about it."

The 25-year-old actress is working on her directing skills by sitting in on director David O. Russell’s editing session for “Joy,” according to Vogue. Russell, who has reportedly cast Lawrence in three of his films, is looking forward to the actress’ future directing debut.

“Well, first of all, I can't wait to see this creature of now … I think it will be a very interesting change for her," Russell told the fashion magazine.

“But she's got a big soul and a big life ahead of her, and she can do really whatever she wants."

Lawrence has been able to impress the director, despite the disagreements they’ve had in the past.

“I would never be mean to somebody who couldn't be mean back. But when you really love somebody, you fight with them. There have been times where I've said, 'We should go to couples therapy.’”

Lawrence was honest as always during her recent interview with Vogue, even opening up about her love life.

"I can't wait to be married,” Lawrence stated.

“I feel like if I find that one person who I want to spend the rest of my life with, who I want to be the father of my children, that I would absolutely not f--- it up. But I'm also not banking on that.”

Lawrence has had a lot to deal with the past year. The actress was reportedly one of several female stars, including Ariana Grande and Kate Upton, to have their private photos hacked and released online last year.

"It was all pain and no gain. But I don't dwell on it unless someone brings it up. Have you seen me naked?" asked Lawrence.