‘Zoolander 2’ Trailer Has Been Released: Who Is Making A Blue Steel Comeback? [VIDEO] 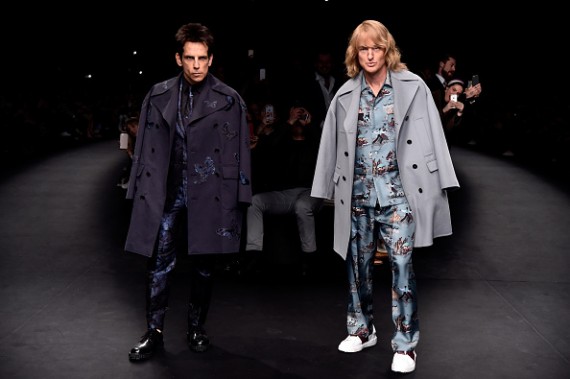 “Zoolander” was released 14 years ago, garnering a pretty loyal cult-following since its debut in early 2000.

Going off of the “Zoolander 2” trailer that was just released, the sequel to the comedy will most likely see the same success.

Ben Stiller will be returning as Derek Zoolander while Owen Wilson will make a comeback as his former model-enemy, Hansel.

The plot is a rather interesting one for the sequel to “Zoolander.” Zoolander and Hansel are enlisted by Interpol agent, played by Penelope Cruz, to help solve the murders of the world’s most beautiful people, including Demi Lovato, Usher, Justin Bieber, Lenny Kravitz and Miley Cyrus.

All of the artists died with Zoolander’s signature look, Blue Steel.

In the trailer, we also see the return of criminal Mugatu, played by Will Ferrell.

“Prison changed me. I'm bad to the core now," says Mugatu in the trailer.

“Zoolander 2” was directed and written by Stiller, Justin Theroux, Nick Stoller and John Hamburg, according to the LA Times.

The return of Zoolander was in talks for a while, but the original cast had no idea people would get so excited when news broke of their return.

“It’s funny because the movie didn’t do that well but I guess over the years it’s developed a cult following,” explained Wilson during an interview with Collider.

“When we first announced the movie at the Paris fashion show, we didn’t know what the reaction would be but it seemed to be like a rock concert. I think that got us excited to then go and film the movie in Rome.”

As for the script, it may be funnier than the first.

“I think the script’s really funny and hopefully the movie will turn out as good,” stated Wilson.