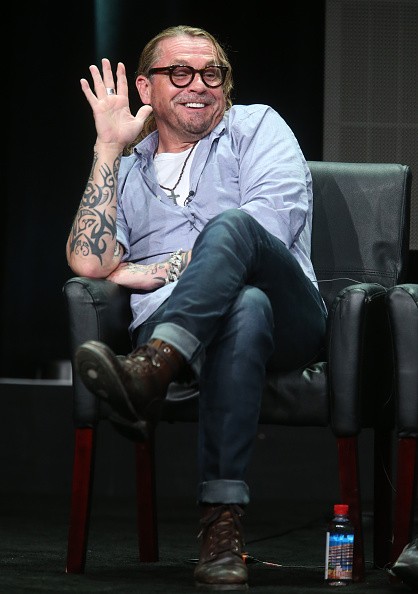 After experiencing “Sons of Anarchy,” we know that whatever Kurt Sutter creates is going to be amazing.

That may be the reason most were shocked when the “heartbreaking” decision to cancel Sutter’s new FX series, “The Bastard Executioner,” was made by both the writer and FX Networks CEO John Landgraf.

The period drama lost more than half of its audience through its first six weeks on the air, according to The Hollywood Reporter. The series reportedly wrapped its final season on November 17.

“It's not like it had a chance and I said, 'Let's not take it,'" explained Sutter.

“It's fantastic to get a good review [or] an award, but at the end of the day the only thing that matters, really, is numbers. I'm not the guy sitting in my ivory tower spitting s—t out and not caring if anyone is watching. … I don't want to write something that nobody's f—ing watching.”

The experience of both writing and filming “The Bastard Executioner” was a special one for Sutter. He was able to detach himself from Hollywood to produce a drama in a remote part of England, according to the Boston Herald.

“I love this cast and crew so much," Sutter said.

“They're primarily British actors. They have a different mentality about the work. They're not plugged into the numbers or worried about 'Do I have a job?' They're so used to be journeymen.”

“They were there to do the work. By the finale the whole cast and crew had bonded and everyone was so excited about this show and the mythology. And by that time I already knew it wasn't coming back. It was heartbreaking for me."

Regardless of the audience’s reaction being “meh,” as Sutter put it, there are plans for the future already.

Although Sutter has kept his cards close to his chest regarding details, his new project may be totally different from his recent endeavor.

“It's contemporary — and there are no horses involved,” stated Sutter.