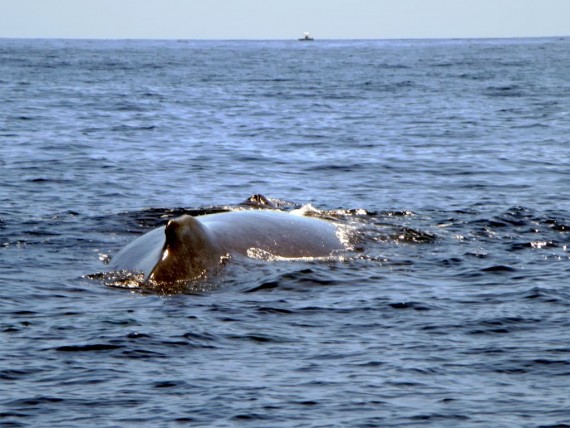 The U.N.’s International Court of Justice (ICJ) decided Monday that Japan must end its whale hunting off Antarctica. Japan has been saying the whales have been hunted for scientific research for JARPA II, the country’s whaling “research” program, but the court does not believe this statement.(Photo : David Stanley)

The U.N.'s International Court of Justice (ICJ) decided Monday that Japan must end its whale hunting off of the coast of Antarctica.

Japan has been saying the whales have been hunted for scientific research for JARPA II, the country's whaling "research" program, but the court does not believe this statement, according to The Wire.

"Japan shall revoke any extant authorization, permit or license granted in relation to JARPA II, and refrain from granting any further permits in pursuance of that program," the court said.

JARPA II has captured over 10,000 minke and other whales in the Southern Ocean every year since 1988. Nanami Kurasawa, head of a marine conservation group in Tokyo, said that while the ruling is final, Japan is able to keep hunting whales under a redesigned program, The New York Times reported.

Smaller hunts that the country carries out in the northern Pacific, as well as coastal whaling fishing by local fisherman, are not affected by the ruling.

Steven Freeland, international law expert from the University of Western Sydney, said another issue is that the ICJ did not confirm how many whale deaths have occurred for scientific research, Yahoo! News reported.

"The problem for Japan was its failure to take proper account of non-lethal methods of research or to justify the actual catch numbers it had declared," Freeland said. "Japan may instead take a very close look at why its implementation of (its research program) fell foul of its legal obligations and perhaps seek to design and ultimately implement a new whaling program that takes into account all of those elements."

Some Japanese citizens defend whaling and believe they receive an unfair amount of criticism around the world, The New York Times reported. They argue that hunting whales is a Japanese tradition, and that the hunts serve other purposes besides research.

"Some people eat beef, others eat whale," said Komei Wani, leader of the Group to Preserve Whale Dietary Culture. "As long as there are enough whales to go around, why can't we hunt a few?"