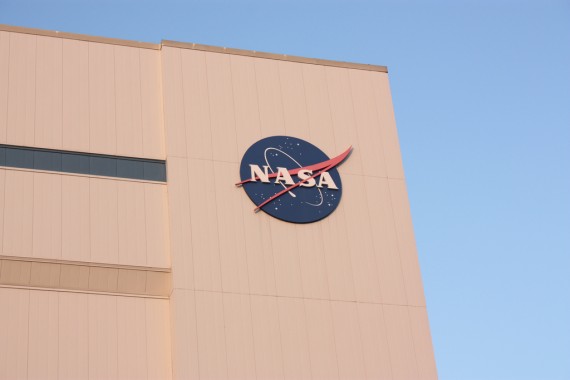 Researchers funded by NASA announced that they have found the first signs of a possible exomoon. An exomoon is a moon that orbits a planet outside Earth’s solar system.(Photo : NASA Goddard Space Flight Center)

Researchers funded by NASA announced that they have found the first signs of a possible exomoon.

An exomoon is a moon that orbits a planet outside Earth's solar system, according to Fox News. The researchers said they discovered the signs after objects unexpectedly encountered each other in our galaxy.

"We won't have a chance to observe the exomoon candidate again," said David Bennett of the University of Notre Dame, "But we can expect more unexpected finds like this."

Bennett is the lead author of a new paper on the findings, which will be included in the Astrophysical Journal.

MOA and PLANET used telescopes in New Zealand and Tasmania for a technique called gravitational microlensing, which is used during alignments between stars. When a star close to Earth passes in front of a more distant star, it can be used to focus and brighten the light on the more distant one. These events of brightening often last for almost a month.

The ratio of the larger body to the smaller one is 2,000 to 1, TG Daily reported. The comparison means that the two bodies could either be a small, fait star that is circled by a planet almost 18 times the mass of Earth, or a planet that is more massive than Jupiter combined with a moon that weighs less than Earth.

The researchers are unsure of which situation is the case for their discovery, since they can only observe the chance encounter once, Fox News reported.

"One possibility is for the lensing system to be a planet and its moon, which if true, would be a spectacular discovery of a totally new type of system," said Wes Traub, the chief scientist for NASA's Exoplanet Exploration Program office at NASA's Jet Propulsion Laboratory.

The lab says that if one of the objects they found is an exomoon, it may be orbiting a planet that came from another planetary system while holding on to its fellow moon, Fox News reported.

Astronomers have so far found over 1,700 alien planets, but have not yet discovered an exomoon.