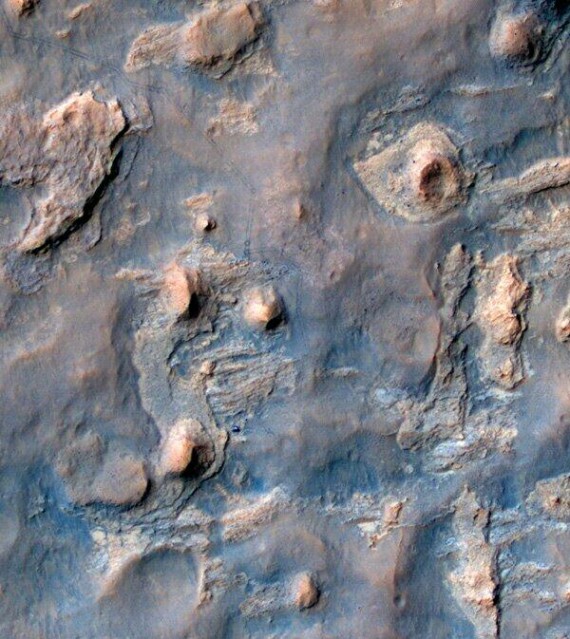 The Mars Curiosity Rover might have found an excavating site on the red planet.(Photo : Twiiter Photo Section)

The photo with the Curiosity Rover is part of a collection of images snapped the same day the rover journeyed 90.2 feet, and also the 597th day the Rover has explored Mars Red Orbit reported.

NASA is also currently examining rock levels around the bottom of the site which looks like a butte or a hill with a flat top dubbed Mount Remarkable in order to find out if the area can be used for further research via Curiosity's mechanical arm Red Orbit reported.

The photo of the Curiosity Rover is the second time the Reconnaissance Orbiter came across the machinery.

The orbiter took the shots from 300 kilometers away while looking down on the red planet Dec. 11, The Leicester Mercury reported Jan. 13. The rover i appears as a tiny spectacle as it is about to embark on a trail on Mars' surface.

According to Red Orbit, NASA's Mars Curiosity Rover arrived on the red planet Aug. 6 2012 to begin work as part of the administration's Mars Exploration Program.

The Rover has found several interesting geographical finds since this time including ancient water less than two months after it set foot on the planet Sept 25, and the biggest sand dune it found to date.