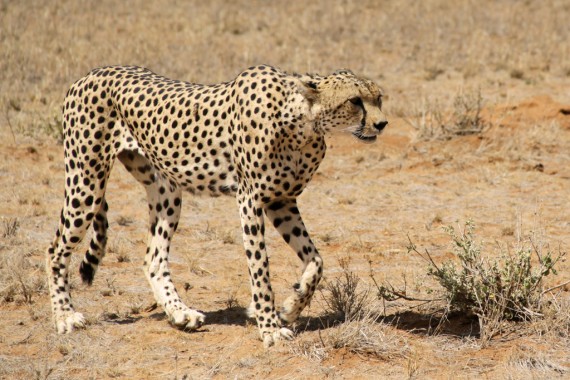 A file photo of a cheetah(Photo : Flickr / bot tải lên)

For a long time, cheetahs have held the title of being the fastest animal for a long time running at 60 whooping miles per hour.

While the cheetah does manage an impressive 116 body lengths per second, the Californian mite covers a jaw dropping 322 body lengths per second, which is indeed commendable. The Paratarsotomus macropalpis, which is native to Southern California, is a close relative of ticks, and was discovered in the year 1916, the Christian Science Monitor reports.

So while it doesn't cover much ground while it's moving so quickly, if you look at that relative speed, it's 20 times faster than a cheetah. Technically, the cheetah wasn't even the record holder.

The researchers also found that these Californian mites were skilled at changing directions and had an impressive ability to tolerate heat- they were able to run on concrete surfaces heated up to 140 degrees Fahrenheit too.

Samuel Rubin, the student who measured the mite's speed, says the finding was "so cool"-but could also be useful.

"Looking deeper into the physics of how they accomplish these speeds could help inspire revolutionary new designs for things like robots or biomimetic devices," he says.