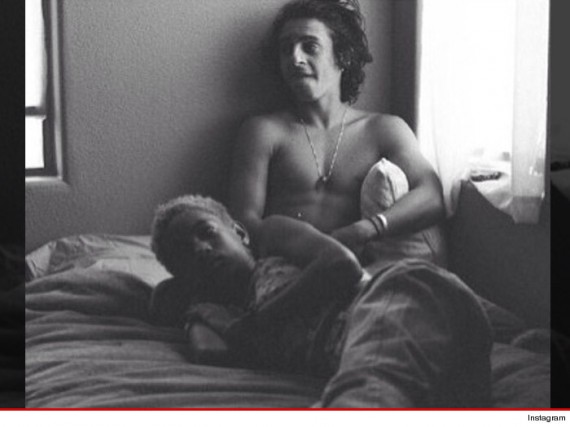 Willow Smith has sparked controversy after a photo of her lying in bed with a 20-year-old was posted on Tumblr. While the pair's behavior is innocent, the picture sparked a backlash from fans who said the setting was too mature for the young teen.

Moises Arias, known for his role as Rico on Disney's Hanna Montana, appears shirtless as he leans against a wall, while Willow lies on her side next to him, her head resting on her arm.

The 20-year-old actor deleted the picture from his Instagram page after causing some controversy, since Willow is 13 years old.

Countless fans have reposted it and called the image perverted, while others have said that it's harmless. Willow's famous parents - Will Smith and Jada-Pinkett Smith have not yet commented on the photo.