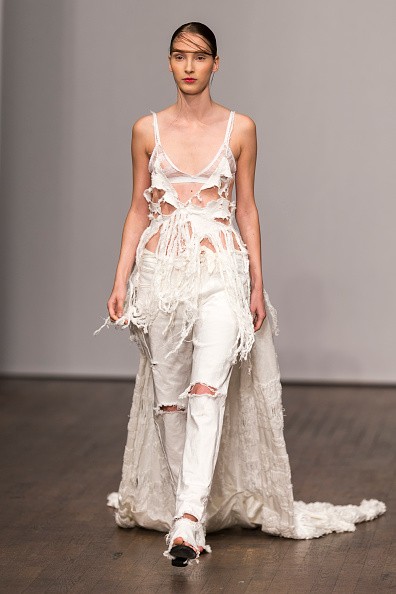 The 19-year-old posted a video recently describing the times agencies have criticized her body, telling her that she is “too big” to work with, according to The Huffington Post.

Hedengård has reportedly worked as a model for five years now, but has had trouble booking work as of late.

“They think this, is too big,” said Hedengård in the video in which she’s seen standing in a mirror in her underwear.

“They think my butt is too big and they think my hips are too wide. According to the modeling industry, you cannot look like this, you need to be thinner.”

Hedengård has a body miss index of 17.5, which is considered underweight by medical professionals, according to the U.K. publication The Independent. That hasn’t changed the way the modeling world sees her.

“My purpose of this video is to show everyone that a big part of the modeling industry thinks this is too big. It’s absurd and I hate it, and I just want other people to see this,” Hedengård said in the clip.

Hedengård has refused to let comments regarding her weight bring her down.

“Love yourself and don’t let anyone tell you any different,” concluded the model.

This isn’t the first time an issue regarding the harsh criticism of body image in the modeling industry has come forth. Recently, Cara Delevingne sparked a discussion after she made the decision to quit modeling following “horrible” comments made about her weight.

“It’s horrible living in a world where I’ll get a call from someone saying, ‘So-and-so says you were partying a lot and you were looking this way and you need to lose weight,’” the 22-year-old British actress said in an interview with WSJ Magazine.