The Tale Of ‘Finding Nemo’ Is A Real One, According to New Study 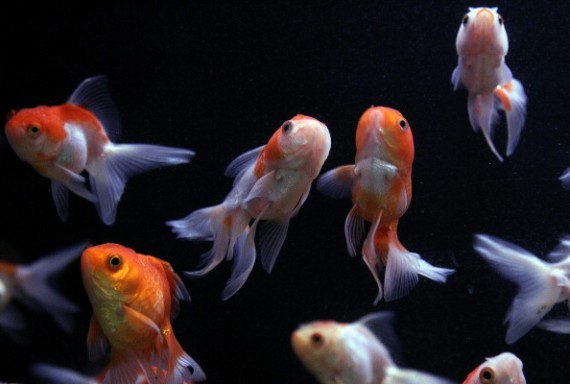 The collaboration between Dory and Marlin seen on “Finding Nemo” may be a very real one in the marine world.

A new study conducted by the ARC Center of Excellence for Coral Reef Studies suggests that fish actually do have the brain power to cooperate and help one another, according to the Sydney Morning Herald.

Researchers reportedly found that pairs of rabbitfish will actually guard each other while their mate forages for food. The fish were reportedly fairly strict about coordinating their behavior, as when one fish maintains a stationary, upright position in the water, their partner will feed.

The fish that had a buddy to forage for food with were reportedly able to “penetrate deeper into crevices,” taking more risks in the food-finding process.

“This behavior is so far unique among fishes and appears to be based on reciprocal co-operation between pair members," Dr. Simon Brandl, one of the researchers, stated.

“By showing that fishes, which are commonly considered to be cold, unsocial, and unintelligent, are capable of negotiating reciprocal co-operative systems, we provide evidence that co-operation may not be as exclusive as previously assumed."

The recent study was published in the journal Nature Scientific Reports, according to the publication University Herald.

The findings show that fish, which were once believed to be rather unintelligent, are more developed than we thought and actually engage in complex social behaviors.

“This may also require a shift in how we study and ethically treat fishes," stated Professor David Bellwood, who was also involved in the rabbitfish study.