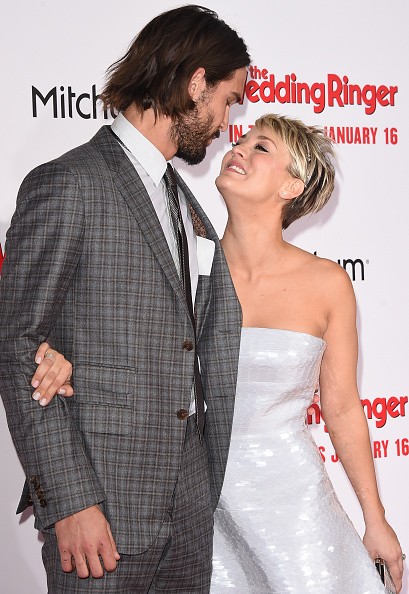 Actress Kaley Cuoco and estranged husband Ryan Sweeting decided to get a divorce after 21 months of marriage, according to People.

More details regarding their separation continue to emerge shortly after the “Big Bang Theory” actress reportedly filed for divorce from the tennis player on September 3, citing irreconcilable differences, according to E! News.

Court documents obtained by E! News reportedly show that Sweeting is asking for spousal support and requesting to terminate the court’s ability to award support to Cuoco. The actress’ ex is also reportedly asking Cuoco to pay for his attorney’s fees, something that Cuoco listed would be paid by both parties, according to their prenup.

The two had dealt with rumors of trouble in their marriage before the announcement that they would be splitting.

"The few times Kaley and Ryan were out together recently, the tension was noticeable," a source stated.

“You could tell the honeymoon phase had ended. It seemed they were trying to work out their marriage by going on dates, but they both seemed miserable.”

The 29-year-old star reportedly recently took to social media to shut down rumors of her romance with “Big Bang Theory” co-star Johnny Galecki.

"So sorry to disappoint, but no home wreckers or secret flings going on here," wrote Cuoco on Instagram, along with a photo of herself with Galecki.

“Me and @sanctionedjohnnygalecki are just the best of buds- Leonard and Penny will just have to suffice!!!"