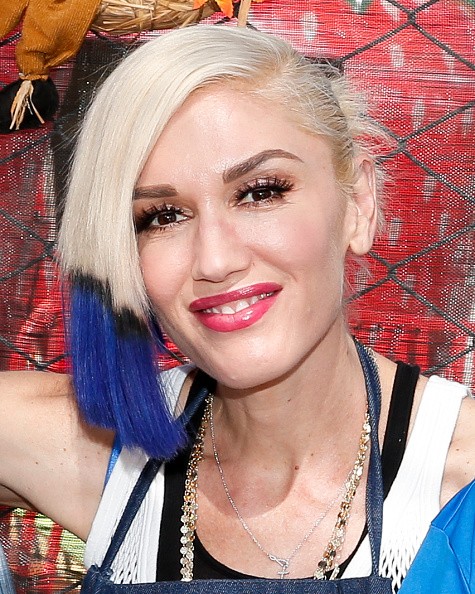 Gwen Stefani and Gavin Rossdale announced they would be divorcing, according to E! News.

Although the separation is a difficult one for the former couple, it has reportedly become a source of inspiration for Stefani to continue with her songwriting.

“When my life blew up, it was another layer to get me down on my hands and knees, it was like, ‘Time to use my gift again.’ It wasn’t like I want to write music, it was I have to write music,” explained Stefani during an interview with Radio.com affiliate station Mix 104.1.

“Everything else feels horrible. The only thing that feels good is when I’m in this room, channeling. If I wasn’t on the phone with you and I wasn’t on a school run, I would be at the studio right now.”

The “Rich Girl” singer is reported to be dating fellow “The Voice” judge Blake Shelton.

“He's a pretty rad guy, I have to say that,” stated Stefani, according to ET.

Regardless of how highly publicized Stefani’s new relationship is, that’s not how the mother-of-three wanted things to turn out at all.

“You know what? I never said anything! I don’t know where that statement came from! Like, that’s crazy! How embarrassing,” stated Stefani when told that her relationship with Shelton had “been confirmed.”

Despite the news of Stefani and Shelton’s newfound love, Gavin Rossdale was reportedly seen still wearing his wedding ring.

“He seemed happy, not upset at all about Gwen and Blake," an insider told E! News.

Stefani reportedly cited irreconcilable differences as the reason for the break up, and is asking for joint custody of the couple’s three children, Kingston, Zuma and Apollo.

“While the two of us have come to the mutual decision that we will no longer be partners in marriage, we remain partners in parenthood and are committed to jointly raising our three sons in a happy and healthy environment," Stefani and Rossdale said in a joint statement in August.

“To that end, we respectfully request privacy from the media during this time."