Girl Returns to School After Board Reverses Decision About Shaved Head 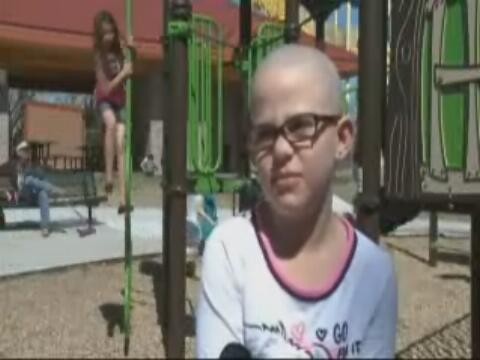 A girl is back in school after previously being told she could not attend after shaving her head in support of a friend with cancer.(Photo : Twiiter Photo Section)

A student is back in school after a school board allowed took back their decision that would have kept her out of class for shaving her head in support of another classmate who was beginning chemotherapy because of cancer Fox television affiliate WPMT in Central Pennsylvania.

"I was really excited I would have somebody to support me and I wouldn't be alone with people always laughing at me. I would at least have somebody to go through it all," Delaney Clements, a cancer patient and recipient of friend Kamryn's told The Daily Sentinel.

Kamryn went back to school as if she had never left.

"She got up, got ready, and held her head high as she walked into her classroom this morning. To say her dad and I are proud, is a total understatement," Kamryn's mom, Jamie Renfro said in a Facebook post.

"Words can not express how humbled my family is from all the support that our friends, family, and even people we have never met before, have shown us through this ordeal that we started (Sunday) evening," Renfro said in the Facebook post.

The school held a special meeting at 6 p.m. Monday at the girls' school, Capcock Academy to discuss the case, and a possible change to the school's dress code where they decided to have her remain at home.

The board changed their decision roughly twenty-four hours later in a 3-1 vote that enabled Kamryn to return to school just the way she was, and not wearing fake hair.

The governing body held a special executive session to discuss the matter, and eventually made the medication to their decision WPMT reported.

The lone no vote was concerned about the trend it could create for granting policy waivers.

Capcock does not allow girls to have shaved heads, and therefore informed Kamryn that she could not return to the building unless she donned a wig, or her hair came back.